Turn around at Halmstad

This was a refight in 2mm at about 1:1 scale of the battle of Halmstad using Field of Glory Renaissance rules  the figures or should i say bases were redesign from the forward march studio range with some heavy modifications by me

As it turned out the Danish in the real battle suffered some really heavy casualties however in this refight they kept their cool while the Swedish panicked and fluffed their orders , the ground was not cavalry friendly which played into the Danish pistol cavalry as the Swedish had their impact cavalry in the front rank. The stream i designed and 3d printed. 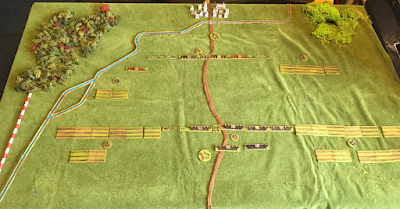 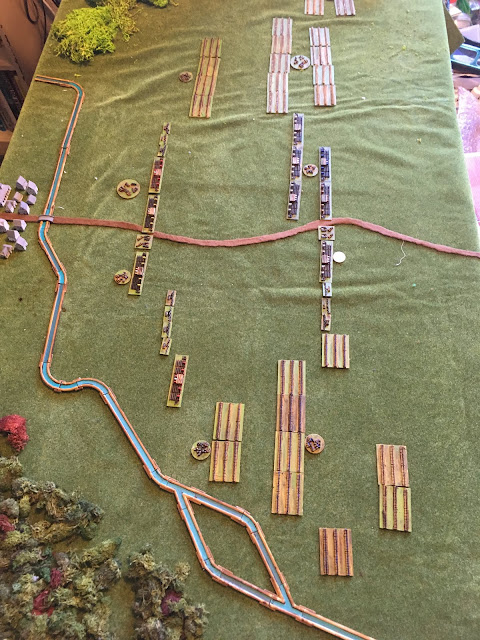 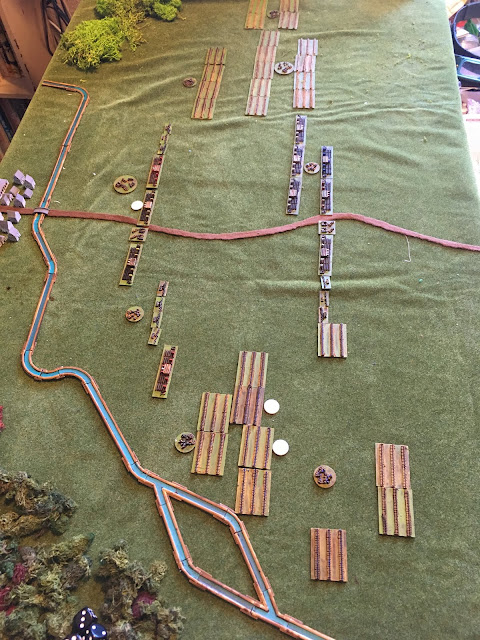 End of turn 3 with the Danish winning the bottom cavalry melee the rot started as other units decided to join the rout , this was helped by fire from Danish dragoons and infantry, meanwhile at the top of the map the Danish cavalry held on. 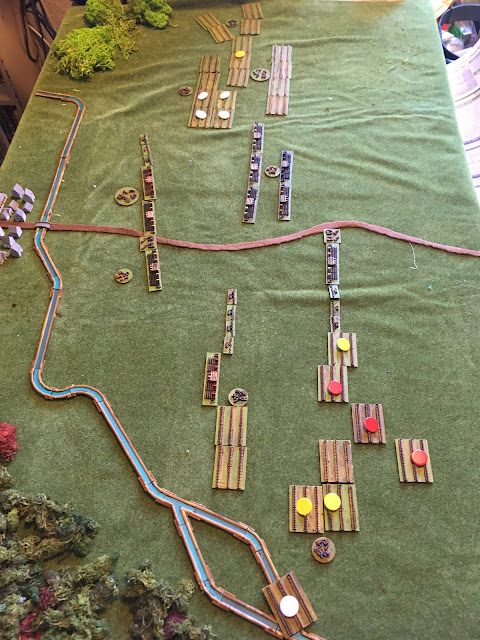 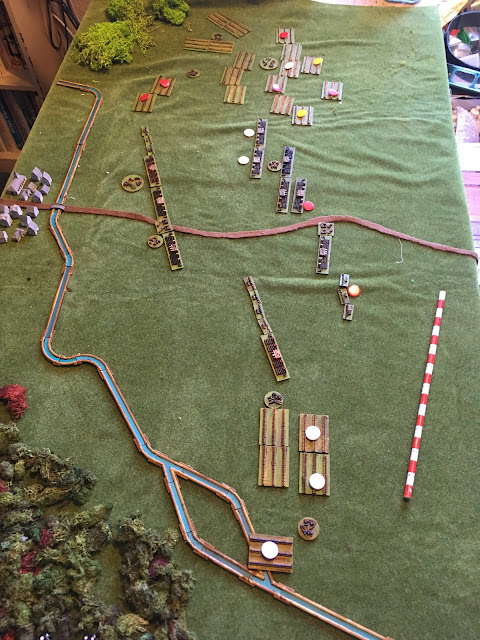 Primarily the Swedish lost because of the bad ground and their inability to control the charges when they needed to and this helped the danish as their combined arms of infantry and cavalry pushed back and destroyed the Swedish left flank.
Posted by Rob Heath at 15:33